Ideal for relaxation but also for exploration, as the village located near many places of interest

The Tower House is located in the village of Stavri a small picturesque village of Mani that is 4 km west from Koita Village. Its settlement is a typical example of the local architectural tradition. Αt the village there is a local traditional taverna that operates during summer months. The nearest beaches you can visit are in Mezapo 3km, the beaches of Halikia & Kourkou and the beach of Gerolimenas 8km.
The surrounding area has a lot to offer, both shorter distances or day-trips around the Peloponnese peninsula. 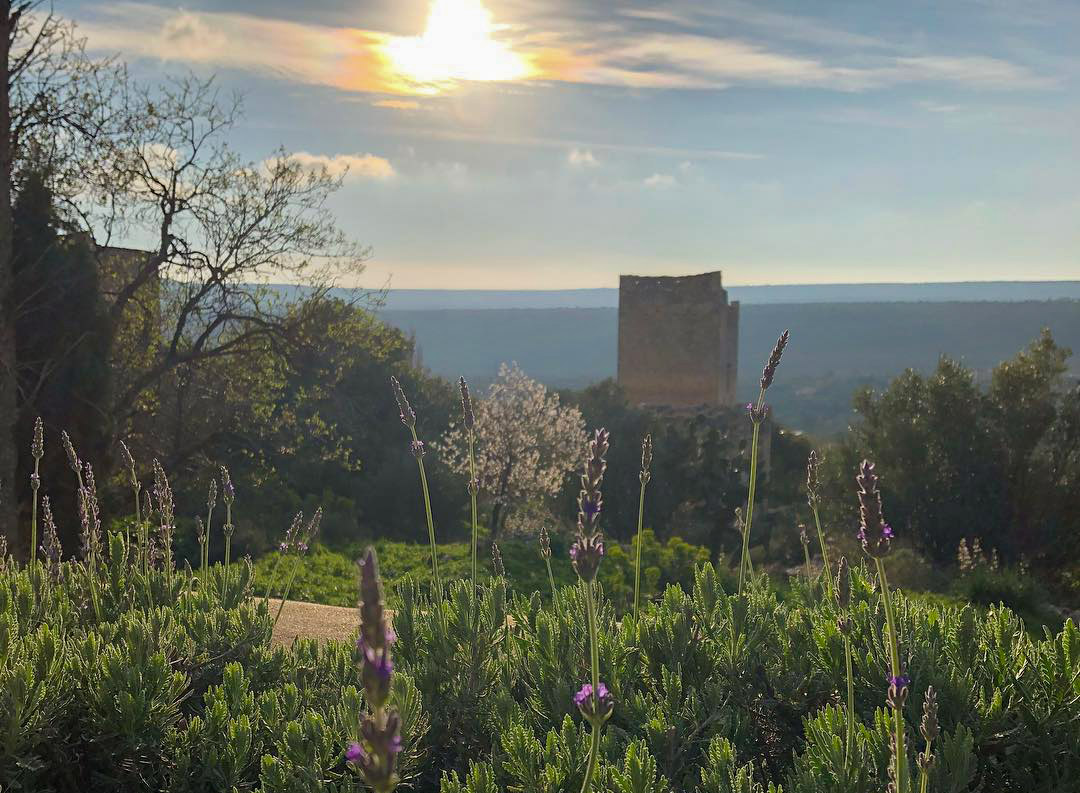 Below you can find some of the places worth a visit!

The caves of Diros is located 30 minutes drive from Tower dei Nicliani and offer a large underground network of caves full of strangely shaped rock formations.
The famous Alepotripa and Vlichada caves are located in Pirgos Diros. They were explored by the speleologists Ioannis and Anna Petrochilos. The Alepotrypa cavern was discovered in 1958. Archaeological research begun in 1970 under the direction of archaeologist Georgios Papathanassopoulos. In the course of the late Neolithic period (4000 – 3000 BC), the cave was extensively used as shelter, dwelling, workshop, storage place for goods, cemetery and a place of worship. The richness and quality of the unearthed findings witness the existence of a populous society in Alepotripa, which developed over time into an important centre that engaged largely in trade, maritime travel, farming and stockbreeding. Strangely enough, human skeletons were found on the surface, meaning that entombment had not taken place.
The cave of Vlychada covers an area of 16,700 m2 and since 1949 about 2,800 water passages have been explored. A 2.5-km-long winding passageway is the main route for sightseeing. During a 40-min boat trip, the visitor comes across an intricate network of passages and galleries, decorated with gleaming stalagmites and stalactites, whose reflection in the water accentuates their natural beauty. The guided tour into the cavern of Vlychada takes place by boat and on foot – part of it is on land.

In the charming town of Areopoli you will travel back to the past, walk on cobblestone streets and see impressive towers! Take a tour around the town’s unique narrow alleys. Visit the Taxiarchon Church, the 17th Martiou square, as well as the towers of chieftains Kapetanakou, Mparelakou and Pikoulaki. Enjoy your stay in traditional guesthouses and make a stop to enjoy your meal and beverage in tavernas, cafés and bars. Areopoli is the ideal base for your trips around Lakoniki Mani.

On your way from Areopoli down the mountain side, in a little bay with deep blue coloured sea and the stone built houses, literally hanging from the rocky slopes, you will encounter a magical place called Limeni. This little village was once a settlement and port belonging to the Mavromichali family. Today Areopoli is one of the most picturesque settlements in Greece, renowned for its fish tavernas next to the sea shore and the charming background of the Mavromichalis tower.

Built on a hill overlooking the bay, Oitylo is a history-laden village. According to Homer during the Mycenaean Age this town used to belong to the Kingdom of Menelaos and took part in the Trojan War with its ships. Today the area is a perfect destination to relax in one of its accommodations, built with a traditional architecture style, and offer you unique views to the sea. Travel back in time by walking on the towns cobblestoned streets while passing by its picturesque square, stone built houses and traditional cafés. 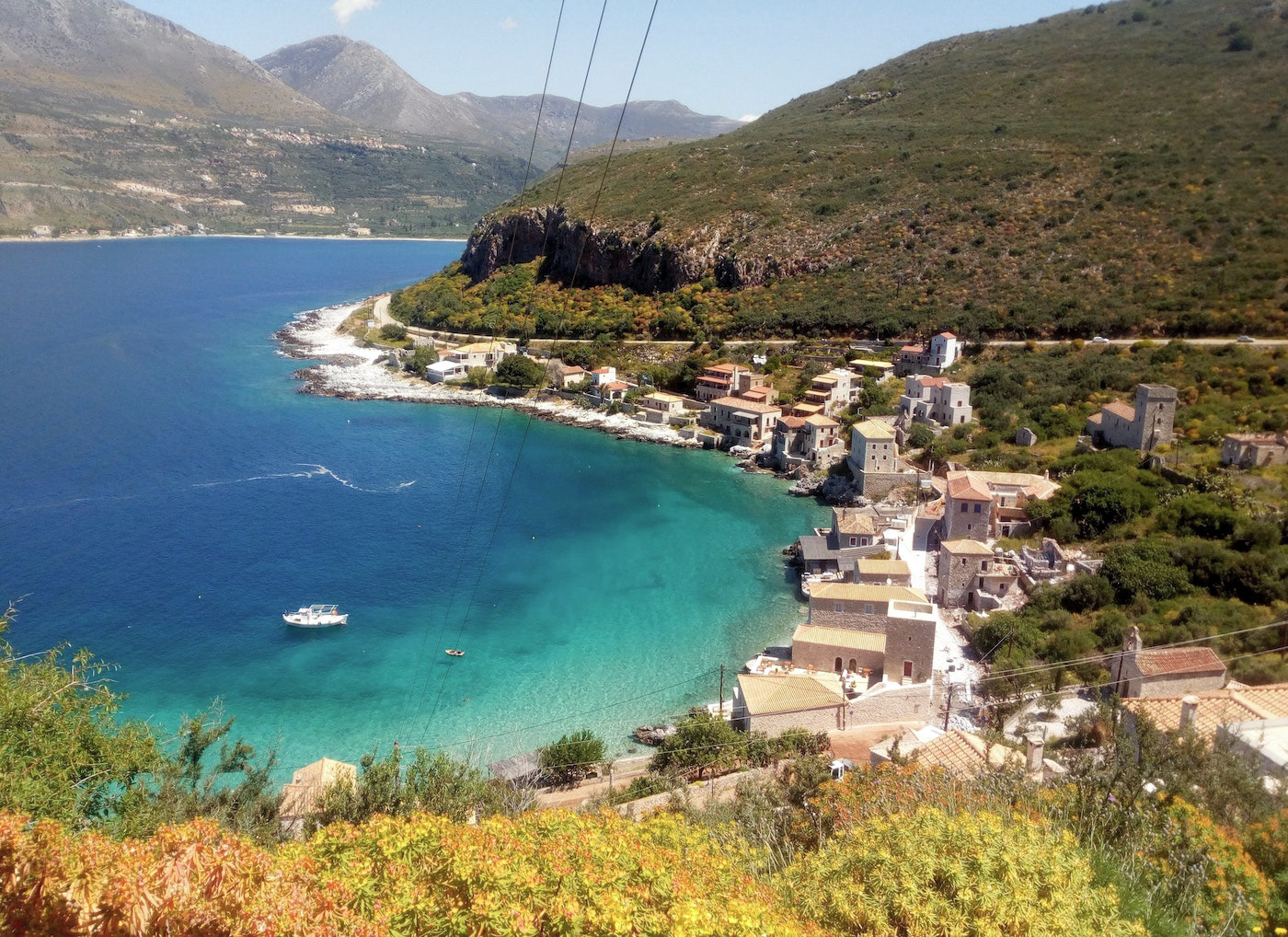 Further down south you will encounter Gerolimena, an alluring little coastal village of wild natural beauty protected by cape Cavo Grosso. Gerolimena derives from the Greek words ‘Ieros Limin’ which means ‘sacred port’. This village was once a port of great interest. Numerous traditional restaurants, cafés and accommodations are open all year round waiting for you to pay a visit. Taste fresh fish by the seashore and enjoy the quiet and fascinating sea view.

On your way towards Tainaro you will encounter a little village called Vatheia where little towers emerge from the palms of a hillside. These forts were initially built in the 18th and 19th century with a traditional architectural style and used as defensive battlements. In the 1980’s several of these constructions were restored thanks to the ambitious project of the G.N.T.O. Travel back to the past by wandering about the settlements’ alleys. At the edge of cape Tainaro, enjoy Marmari and Porto Kagio where superb sandy beaches with clear waters can offer you an excellent place to play with sand and enjoy a swim during the warmest months of the year! 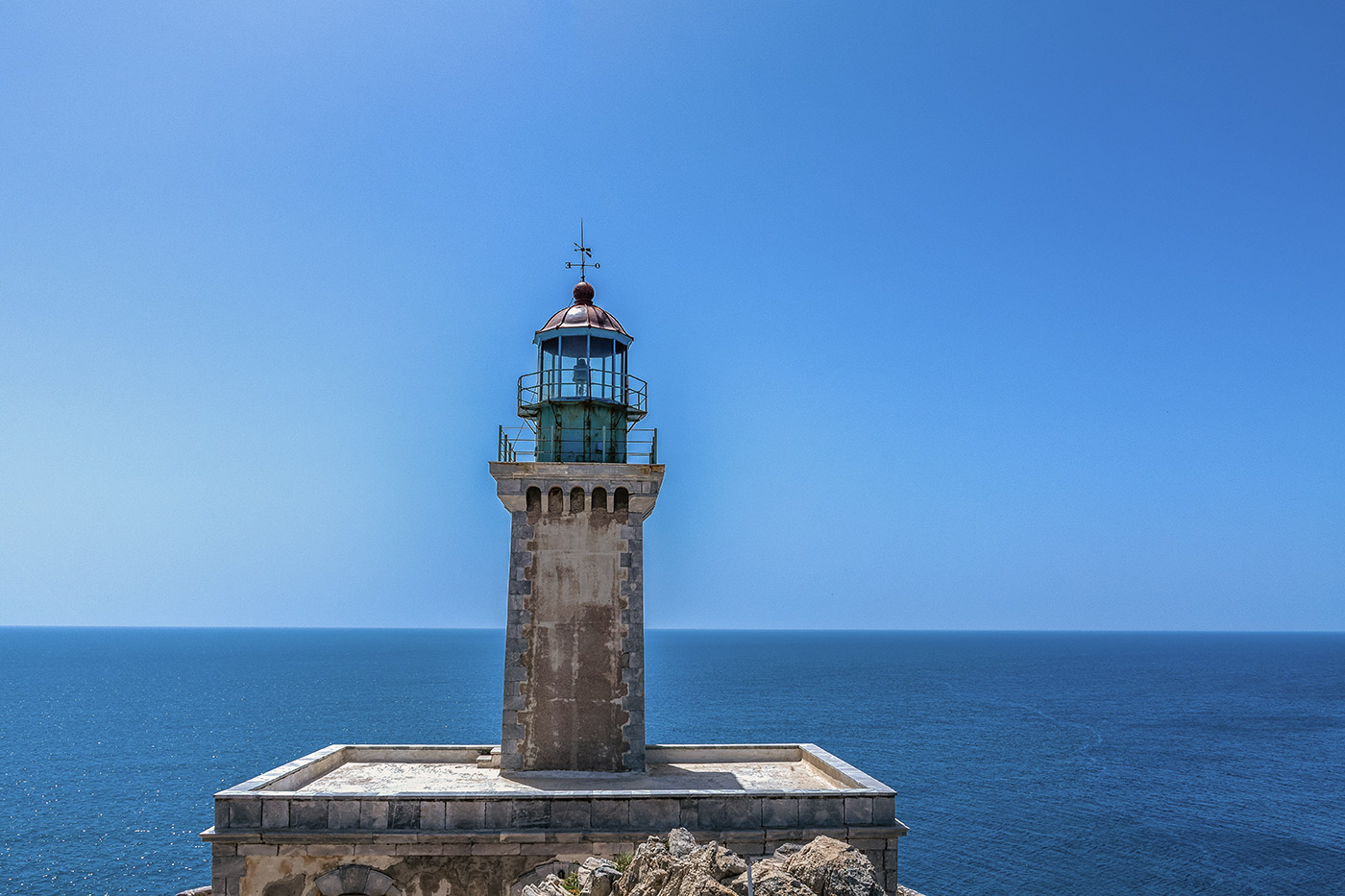 The surrounding area has a lot to offer, both shorter distances or day-trips around the Peloponnese peninsula. 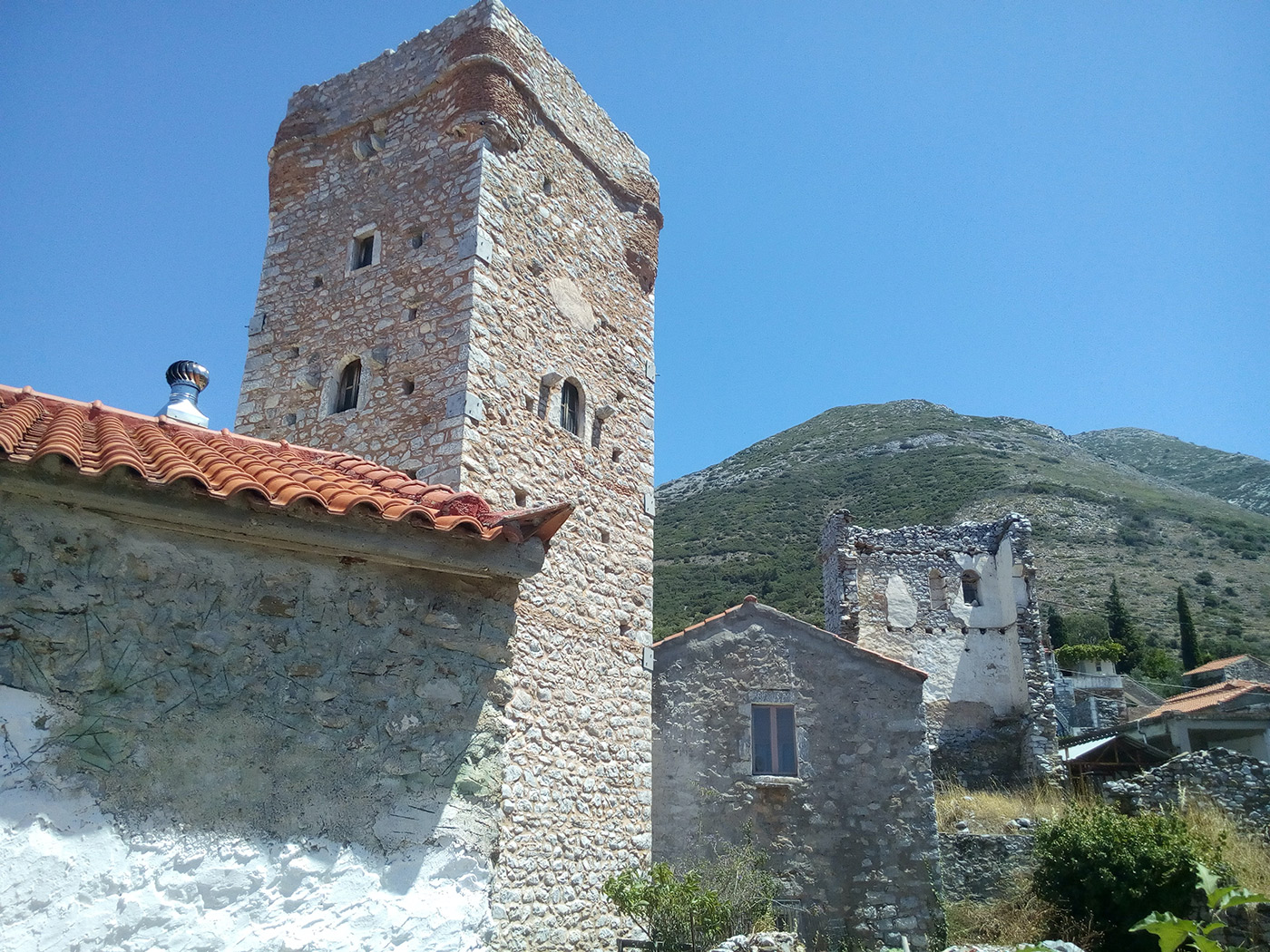 The southernmost peninsula of Greece, the MÁNI, stretches from Yíthio in the east to Kardhamýli in the west and terminates at Cape Ténaro. It is a wild landscape, an arid Mediterranean counterpart to Cornwall or the Scottish Highlands, with a wildly idiosyncratic culture and history to match. Perhaps because of this independent spirit, the sense of hospitality is, like nearby Crete, as strong as anywhere in Greece.
The Mani Peninsula (Greek: Μάνη, Mánē), also long known by its medieval name Maina or Maïna (Μαΐνη), is a geographical and cultural region in Greece that is home to the Maniots (Mανιάτες, Maniátes in Greek), who claim descendancy from the ancient Dorians and Spartans. The capital cities of Mani are Gytheio and Areopoli. Mani is the central peninsula of the three which extend southwards from the Peloponnese in southern Greece. To the east is the Laconian Gulf, to the west the Messenian Gulf. The peninsula forms a continuation of the Taygetos mountain range, the western spine of the Peloponnese.
Until recent years many Mani villages could be reached only by sea. Today a narrow and winding road extends along the west coast from Kalamata to Areopoli, then south to Akrotainaro (the pointed cape, which is the southernmost point of continental Greece) before it turns north toward Gytheio. Another road, that is used by the public buses of the Piraeus – Mani line, which has existed for several decades, comes from Tripoli through Sparta, Gytheio, Areopoli and ends in the Gerolimenas port near Cape Matapan.

Spectacular a glorious place, Mystras (5 Km north-west of Sparti) and a 1,5 hour drive from Tower dei Nicliani is one of the most exciting cities in Peloponnese. Standing still in time, the dead city lies on the slope of the sheer, strange hill with the fortress at its top and are listed as a UNESCO heritage site,
The whole of Mystras is an open-air museum. A reminder of glorious era of power and culture. Its fortifications and churches, its palaces and mansions, its roads and fountains, charm thousands of visitors daily and offers them valuable insights in the evolution and culture of the Byzantines.
For two centuries Mistras was at the forefront of developments and had a brilliant history full of glory, splendor and political, social and cultural contributions. Its story begins in the mid-13th century when the Franks were dominant in the Peloponnese. In 1249 Villehardouin II built an impregnable fortress at the top of a hill called Mistras or Mizithras. Ten years later Villehardouin found himself a prisoner of the Byzantine Emperor Michael Paleologus and bought his freedom by handing over the fortresses of Mistras, Monemvasia and Mani. Mistras offered security, so that the inhabitants of neighbouring Lacedaemonia, as Sparti was then called, made their homes on the slopes surrounding the fortress.

The settlement and the Hora (town) were protected by a wall, but the new houses were built outside the enclosure. Another wall protected the new settlement, Kato Hora. The strategoi (generals) governed the town, and as of 1308, when the seat of the Diocese had been moved to Lacedaemonia. Mistras became in the mid-14th century the capital of the Peloponnese and the seat of the Seignioly (Despotate) of the Moreas, with a ruler or despot who enjoyed a tenure for life. 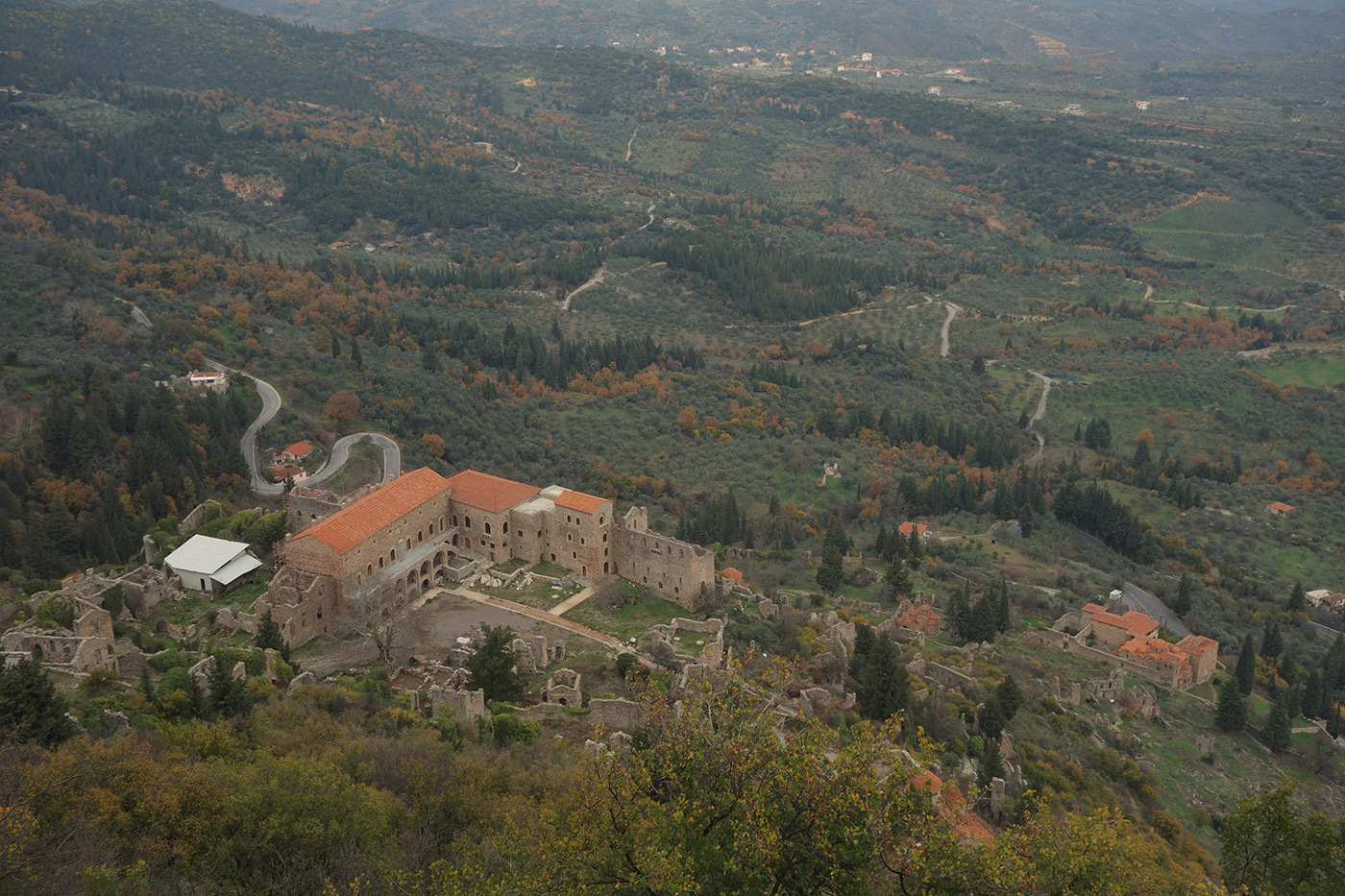 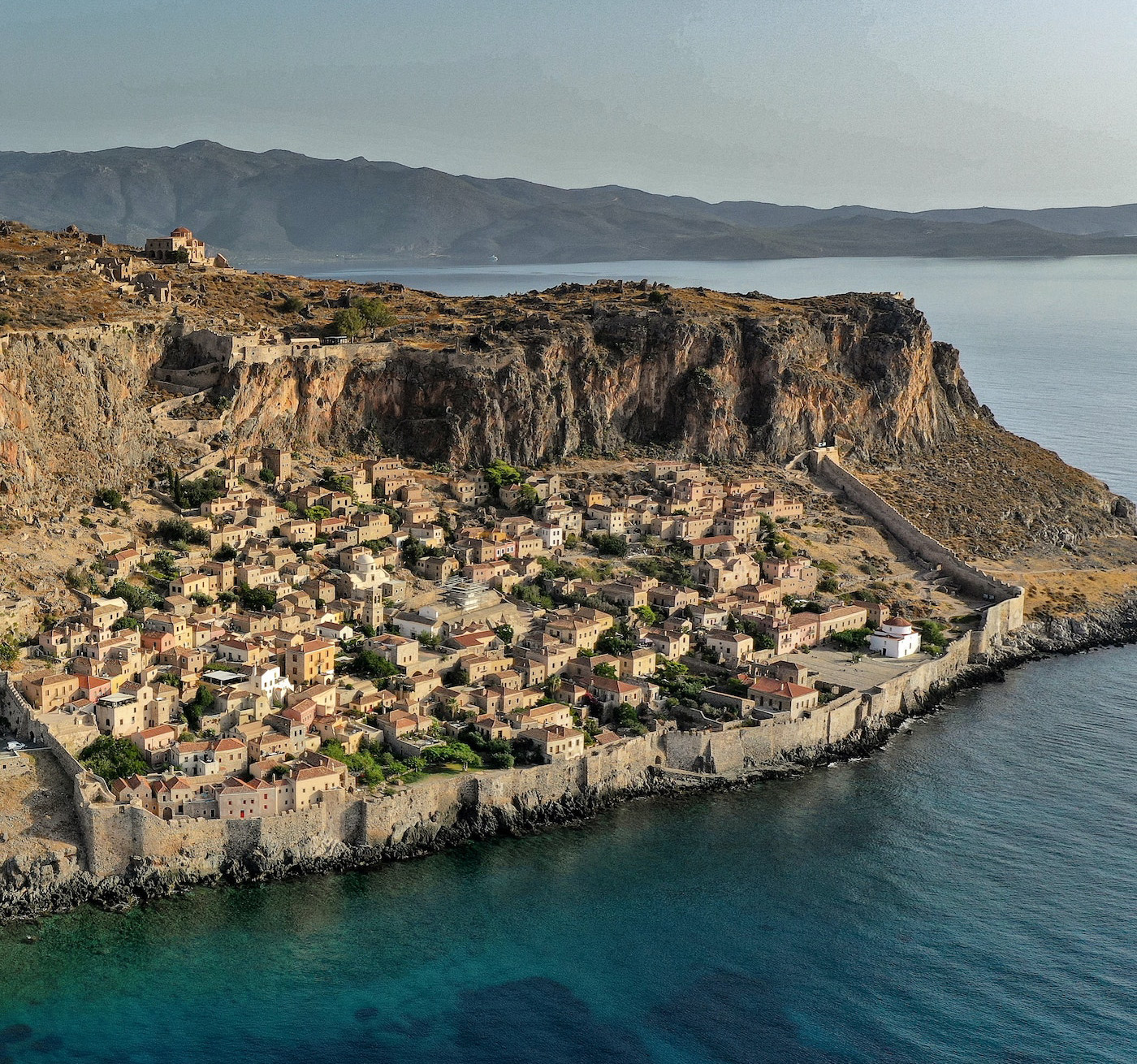 Monemvasia is located few hours drive from Tower dei Nicliani and provide a picturesque fortress city which include a mix of small shops, restaurant and historical sights.
Monemvasia (Greek: Μονεμβασία) is a town and a municipality in Laconia, Greece. The town is located on a small island off the east coast of the Peloponnese. The island is linked to the mainland by a short causeway 200m in length. Its area consists mostly of a large plateau some 100 metres above sea level, up to 300 m wide and 1 km long, the site of a powerful medieval fortress. The town walls and many Byzantine churches remain from the medieval period.The town’s name derives from two Greek words, mone and emvasia, meaning “single entrance”. Its Italian form, Malvasia, gave its name to Malmsey wine.
Monemvasia’s nickname is the Gibraltar of the East or The Rock. In more recent history, the town has seen a resurgence in importance with increasing numbers of tourists visiting the site and the region. The medieval buildings have been restored, and many of them converted to hotels.
For the past few years, on July 23, an independence day celebration has been held in the main port. Speeches are made and the story of Tzannetakis Grigorakis, and his men, is recounted in both Greek and English. Inhabitants and visitors can gather to watch as a ship, built every year, is filled with pyrotechnics and set on fire.

Ready to book your stay?

Book online direct from our website and get the guaranteed best rates.